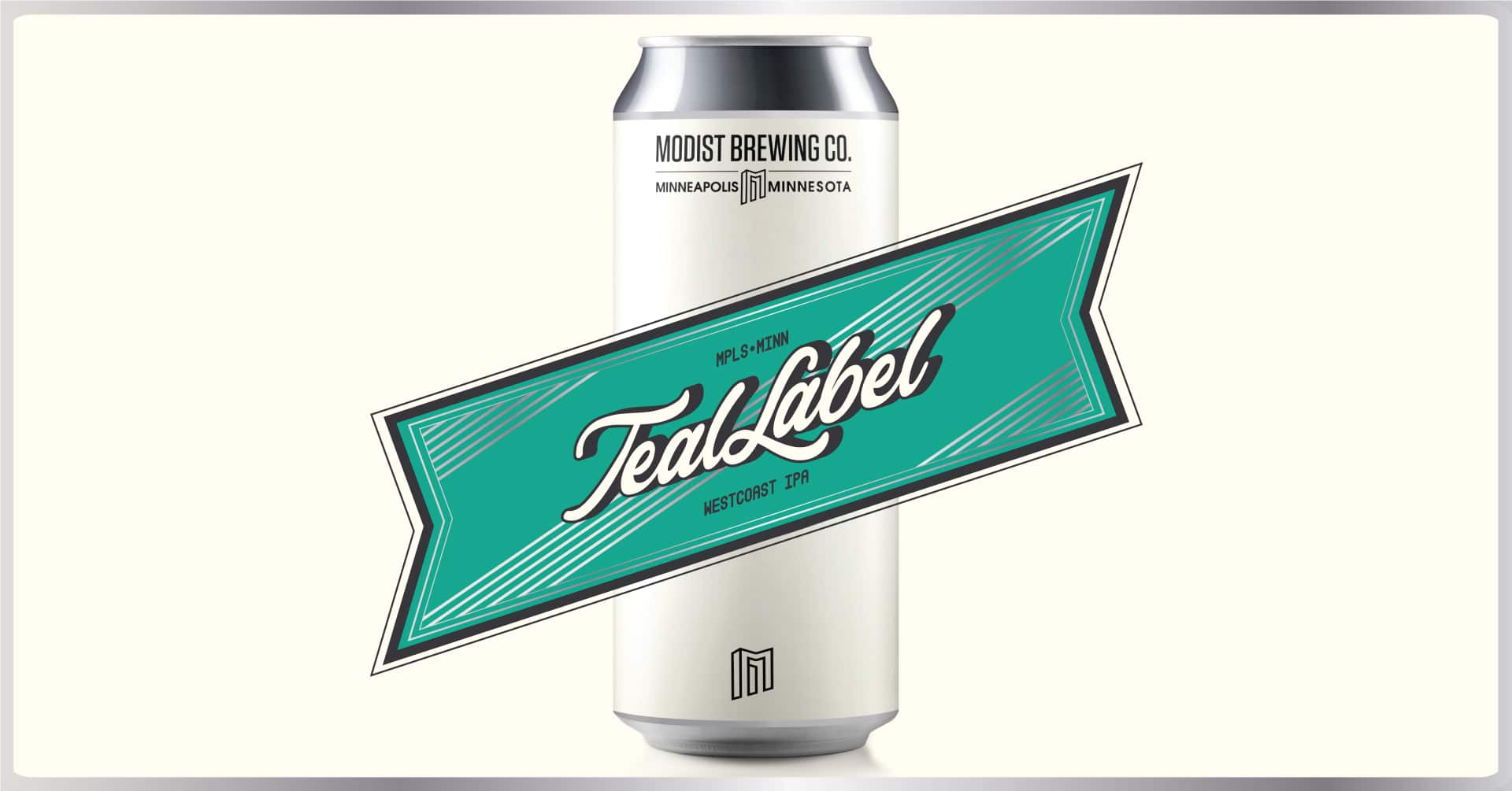 Blog: Real fake news: New trend in brewing is to add sarcasm to the mash to make the hops extra dry.
Real news:  Modist is releasing our new flagship beer that truly embodies the Modist spirit. We’re taking traditional styles and putting a Modist twist on it. Hence the lack of space in “WestCoast”. Pulling from the traditional but adding a bit of a 21st century sparkle.

Teal Label will be released in the taproom on Saturday, March 26th and will begin to make its way to liquor stores on Tuesday, March 29th.