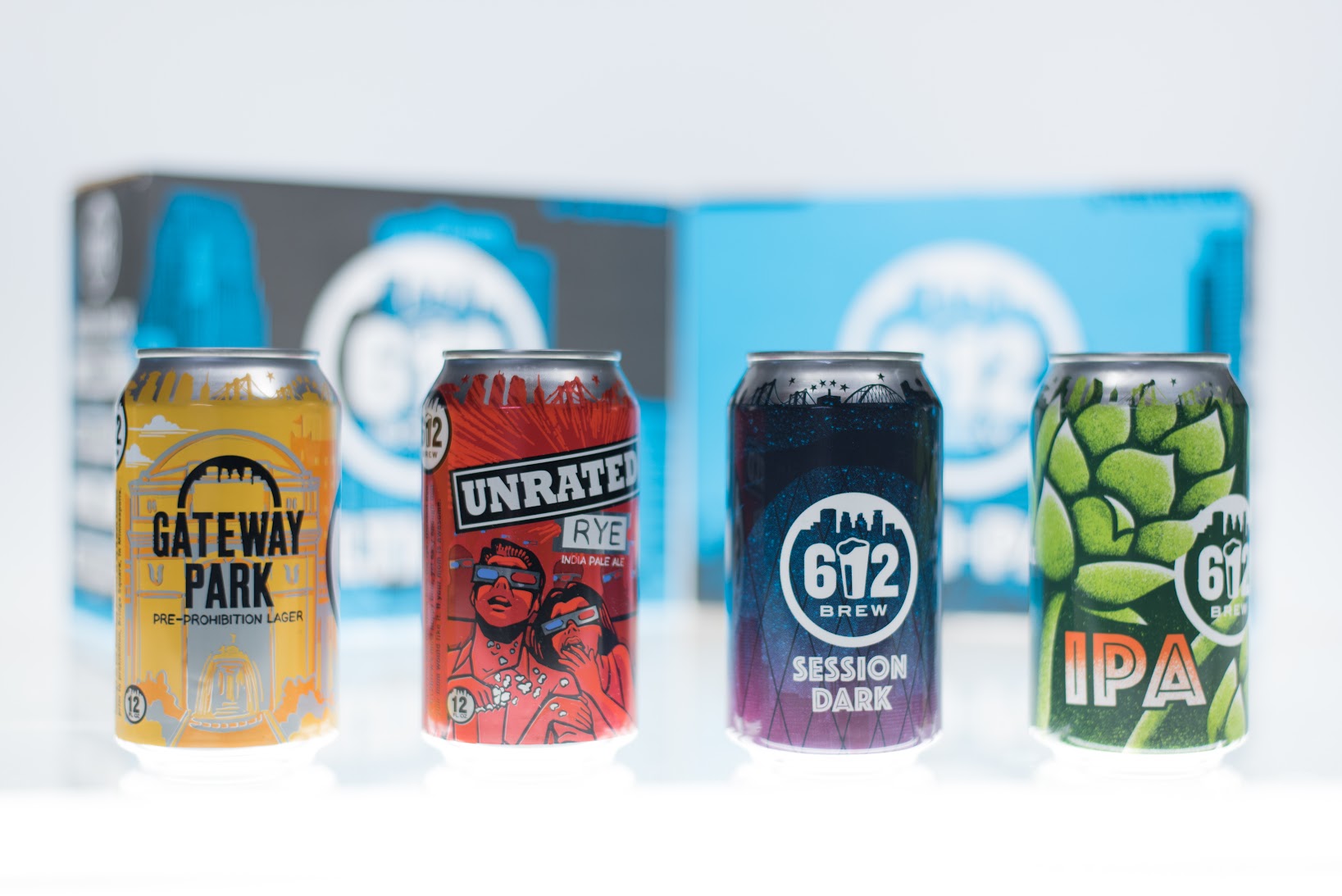 MINNEAPOLIS, MINN – 612Brew, an independent brewery with roots in the Northeast Park neighborhood of Minneapolis, Minnesota, is pleased to announce the release of its first-ever multi-pack this Spring. The 12-can multi pack will feature four beers, both new and old. IPA and Session Dark, new to the 612 lineup, will be accompanied by two brewery favorites, Unrated Rye IPA and Gateway Park Lager.

The newly unveiled IPA (7% ABV and 60 IBU) is replacing 612Brew’s American Pale Ale, SIX, which is set to retire mid April. The hoppy India Pale Ale is brewed with pale and Vienna malt along with oatmeal for a malt backbone yet delicate mouth feel. IPA will be available year round on tap and in 12 oz six-packs.

Session Dark (3.9% ABV and 10 IBU), is a smooth, dark and roasty while being incredibly drinkable. The year-round session ale is light in body but not on flavor with notes of chocolate, coffee and caramel. Session Dark is available year round on tap and in 12oz cans found exclusively in the multi-pack.

612Brew’s best-selling flagship beer, Unrated Rye IPA (6.9% ABV and 80 IBU), has been Minnesota’s longest running Rye IPA in the market. The full-bodied beer has a burst of citrus hop aroma with spice from the rye.

Gateway Park Lager (5.6% ABV and 23 IBU) was one of 612Brew’s first creations in 2013. The pre-prohibition lager is brewed with ingredients commonly used over a hundred years ago; six-row barley flaked corn and Cluster hops. This beer pays homage to the Gateway District or as it was known back then, Bridge Square, in Minneapolis.

“With a thriving craft beer market like Minneapolis, our team is tasked with consistently finding new ways to cater to craft beer drinkers and community,” said 612Brew’s Co-Founder Robert Kasak. “The multi-pack is a natural next step to expose customers to new varieties, while still listening to what their tried and true favorites are.”

612Brew partnered with local designer, Brian Geihl of Dogfish Media to create Minneapolis-inspired cans for IPA and Session Dark in addition to the multi pack packaging. Geihl is well-known for his large screen prints designed for U.S. Bank Stadium in 2016.

The variety pack will be available at select liquor stores, bottle shops and craft beer stores across the Twin Cities metro area beginning April 16. For additional locations on where to find the multi-pack in stores visit 612Brew.com